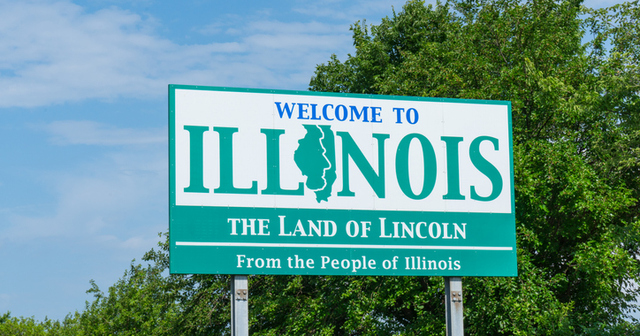 An Illinois Teacher Felt Like ATM for His Union

Jeffry Bedore changed careers 20 years ago to be a teacher – giving up two-thirds of his salary at the time to pursue his passion. In a recent opinion column in Decatur’s Herald&Review, Bedore describes his experience as a reluctant member of the Naperville Unit Education Association , a local branch of the National Education Association. He explains that he initially thought his union intended to “represent my professional interests in the workplace.” However, Bedore found that “instead, I was treated like an ATM for the Democrat Party.”

Bedore goes on to describe how he felt when discovering that his hard-earned money was forcibly paying for dues that were helping to fund the union’s political agenda – an agenda that he did not personally support. The NEA spends over $40 million a year on political activities and lobbying, almost all of which goes to left.of-center groups or candidates. This is despite the fact that Education Week’s 2019 survey found 23% of teachers identify as “conservative” and another 4% as “very conservative.” The same column further describes the history of teachers unions’ political spending:

Between 1990 and 2019, teachers unions gifted the fifth-largest amount of organizational cash to politicians running for office. Less than 1% of that money went to Republicans. The NEA contributed a staggering $143.5 million to candidates and election committees at all levels – 97% of which went straight into the pockets of Democrats. In the 2018 elections, the American Federation of Teachers (AFT) and the NEA together contributed more than $52 million.

Fortunately for Jeffry Bedore and others who were forced to pay dues to fund union activities counter to their personal beliefs, the game changed significantly with the 2018 Supreme Court’s Janus v. AFSCME decision. In that decision, Bedore and thousands of other teachers had their First Amendment rights restored, allowing them to opt out of their unions and have “the freedom to choose where [their] hard-earned money goes.”

While this story should end on a high note, Bedore notes that the fight is not over. Instead of working to better serve their members, unions appear to be doing the opposite by attempting to make the opt-out process as difficult and confusing as possible. Given the increasing number of public employees like him, who are choosing to exercise their First Amendment rights, state policymakers have a responsibility to ensure that all public employees have their Janus rights recognized and respected.

By requiring unions to demonstrate that employees have waived these constitutional rights and provided proof of affirmative consent from the employee to withhold union dues from paychecks, states can make certain they are in compliance with the Janus decision and that employee rights are properly protected.