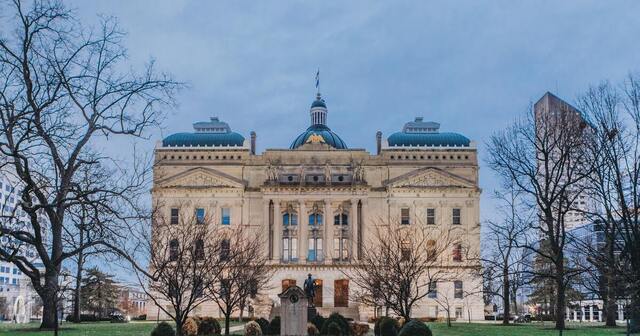 MIDLAND, Mich. — The Mackinac Center for Public Policy’s Worker’s for Opportunity initiative applauds Indiana Gov. Eric Holcomb on the signing of Senate Bill 251 into law. The bill requires government unions to obtain direct consent from Indiana school employees before dues can be deducted from their paychecks, a positive step for worker freedom.

Once the bill goes into effect in June, school employees will decide annually whether to opt in to join and pay dues to a union. They will also be able to leave their union at any time, rather than being locked into an “opt-out window.”

F. Vincent Vernuccio, senior fellow for the Workers for Opportunity initiative, testified alongside school employees last week in favor of the bill during a hearing in the House Committee on Employment, Labor, and Pensions. The bill passed out of committee on April 1 and was passed by the Indiana House on April 6. It was signed by Gov. Holcomb this afternoon.

“Indiana is leading the nation in protecting the rights of school employees,” said Vernuccio. “Sen. Philip Boots and Rep. Chuck Goodrich should be commended for ensuring that school employees across the state are made aware of their First Amendment rights and can exercise their rights at any time. This is a positive step towards protecting workers across Indiana.”

Indiana joins a growing list of states that are working to become compliant with the 2018 U.S. Supreme Court decision, Janus v. AFSCME. The court ruled that forcing a public employee to financially support a union violated those employees’ First Amendment rights. The court further said that before dues can be taken from an employee’s paycheck, public workers must give “clear and compelling evidence” of their consent to waive this constitutional right.

This bill is one of several promoted by the Mackinac Center’s Workers for Opportunity initiative, which works in states across the country to inform public employees of their rights.

You can learn more about Workers for Opportunity here.