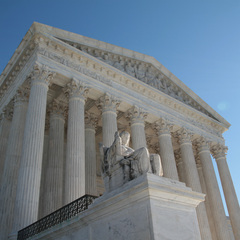 Despite a clear and decisive ruling by the Supreme Court in that frees public employees from being forced to pay a government union, some states will need to revisit current regulations and statutes that may prevent workers from exercising these rights.

In anticipation of the Janus decision in June 2018, union leaders were aggressively working with lawmakers and administrations in certain states to make it more difficult for employees to exercise their rights in the event that Janus prevailed. This effort resulted in the erection of numerous arbitrary barriers that workers face as they attempt to opt-out of union membership.

Workers for Opportunity is working with policymakers and administrations to remove these barriers that limit employees’ abilities to exercise their rights and ensure that employers have verified affirmative consent from employees before deducting union dues. These barriers include restrictive and confusing opt out windows, limitations to how information is shared with union workers and other deliberately confusing restrictions.

On May 17, 2018, more than a month before the Janus decision, New Jersey Governor Phil Murphy signed into law Assembly Bill A3686. Intended to preempt the June 27 Supreme Court decision, the law unreasonably limits a union member’s ability to resign to “the 10 days following each anniversary date of their employment.”

The Public Employee Rights & Reauthorization Act (PERRA) is model legislation that will will help states comply with the Supreme Court’s decision in Janus v. AFSCME by codifying rights for all employees granted by the Janus decision. PERRA puts the Janus decision into state law, guaranteeing that public employees can exercise their right to stop paying a union at any time. Further, it also allows public employees to make an informed decision regarding their rights by requiring unions to provide evidence that their members signed up to pay dues after being informed of their rights in light of Janus.

Beyond PERRA, states can also examine their regulatory boards and means of oversight over labor relations to determine whether additional reforms are necessary to ensure that worker rights are protected.

Meet William Neely, a state hospital psychiatric aide in Berks County, PA., who submitted his union resignation letter following the Janus decision. After being stonewalled, he finally learned that his union contract included a “maintenance of membership” clause that prevented him from resigning until a 15-day “window” opened in June 2019.

Workers for Opportunity is working with state leaders to reexamine these various state policies to determine if any may be in violation of the Supreme Court’s expressed intent, which states that any collection of union dues or fees from an employee may only occur after the employee has provided clear and affirmative consent.