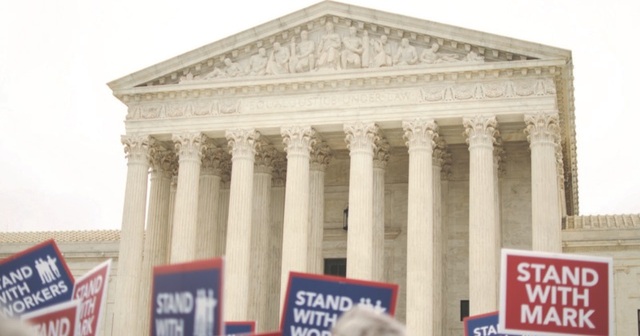 MIDLAND, Mich. — A recently proposed rule change from the Michigan Civil Service Commission could require the state to obtain authorization directly from public employees before deducting union dues from their paychecks. The Mackinac Center for Public Policy’s national Workers for Opportunity initiative has been educating policymakers across the country on the necessity of protecting workers’ First Amendment rights and applauds this latest effort by the Civil Service Commission.

The proposed rule changes would bring Michigan into compliance with the 2018 U.S. Supreme Court Janus v. AFSCME decision. The Court ruled that government unions could no longer force workers to financially support them, as this violated public employees’ First Amendment rights. As a result, the Court said employees must give “clear and compelling evidence” that they consent to having dues removed from their paychecks. This requires public employers to demonstrate proof of consent prior to withholding union dues from employees’ paychecks.

“We are beginning to see individual states work to further protect the First Amendment rights that were upheld by the U.S. Supreme Court in the 2018 Janus decision,” said Steve Delie, legal counsel and director of Workers for Opportunity. “Michigan workers should be able to know where the money from their hard-earned paycheck is going. Implementation of these rule changes would be a positive step towards protecting workers across the state.”