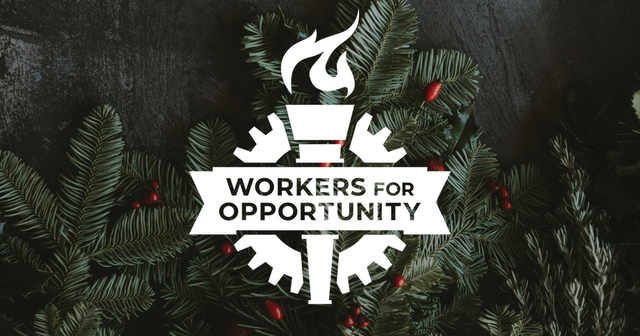 'Twas the Night Before Janus

‘Twas the night before Janus , and all through the workplace

With deception and pressure, they’ll bring it to bare

Assuring all workers sign dues cards, no dissention be dared

While the workers were nestled all snug in their beds,

With visions of worker freedom dancing in their heads

The union rep with his card, and the bureaucrat with his pen

Instead settled on trapped deduction for dues, with mischievous grins

When out on the jobsite there arose such a clatter,

Heads popped up from their desks to see what was the matter.

Away to the windows, they flew like a flash,

Tore open the shutters and threw up the sash…

When, what to their wondering eyes should appear,

The promise of worker freedom from Mackinac, in its thirty-fourth year.

The Center’s Workers for Opportunity effort so lively and quick,

They knew in a moment the unions’ tactics won’t stick.

More rapid than eagles, the effort’s supporters they came,

Into the states, putting the unions’ monopoly to shame…

No more could they threaten to give employees the boot;

No more paychecks could they skim to capture their loot.

Indiana’s victory, oh how it twinkles! Opt-in, not opt-out, oh how it’s merry!

Sent a signal to other states – “join in and don’t tarry!”

Are poised in 2022 to similarly score!

Workers for Opportunity and our friends are prepared to take flight,

We’ll approach this season with wins for worker freedom in sight,

SO MERRY CHRISTMAS TO ALL, AND TO ALL A GOOD-NIGHT!