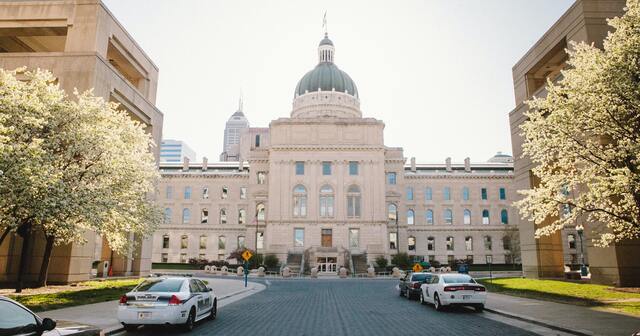 Indiana has become the latest state to protect workers’ free speech and voting rights through a union consent law.

Indiana governor Eric Holcomb signed SEA 297 March 8. The law requires the state to inform school employees of their First Amendment rights when the are deciding whether to join a union. This lets Hoosier State workers make more informed decisions about how they want to spend their money and whether they want to join a union at all. They will also receive this notice annually, to ensure employees have a regular choice when it comes to their First Amendment rights.

The move comes as states around the country are ramping up worker protections. While the 2018 Supreme Court decision in Janus v. AFSCME freed all public workers in the country from being required to pay money to their unions, there has been some disagreement on the larger implications of the case.

Indiana isn’t the only state considering reform. In Florida, House Bill 1197 recently passed out of the state House and has moved into the Senate. This legislation would similarly inform school employees in Florida of their First Amendment right not to join a union. The Florida bill goes even further, however, making sure that a union enjoys the support of a majority of the employees it represents each year. Union’s that don’t receive the support of half of the workers it represents risk becoming “decertified,” losing their authority to collectively bargain.

These two bills are an integral part of ensuring worker freedom throughout the country. Workers should be able to make their own decisions about how they spend their money and what organizations they wish to join.

It’s no secret that union dues don’t always go to the causes the member paying them might support. In fact, local unions often send a part of the dues they receive to a national or other out-of-state affiliate. Practically, this means a lower percentage of a member’s dollars are being spent on matters that that have a tangible effect on local matters.

Indiana’s bill ensures that workers are educated and empowered to make their own decisions on union membership, and it should serve as an example for other states around the country considering similar legislation.

“We commend Gov. Holcomb and the Indiana Legislature for keeping Indiana a leader in protecting public employee rights,” said Stephen Delie, director of labor policy and Workers for Opportunity at the Mackinac Center for Public Policy. “We at Workers for Opportunity hope that this will set the example for other states in the nation.”